Last month I read a book called The Martian just before the movie came out in October 2015. It’s about an astronaut named Mark Watney that gets stranded on Mars after his crew mistakenly believes he’s dead after being hit by debris in a violent sandstorm.

Once they leave and the dust settles, he has to find a way to survive, extend his supply, and make it to the landing site of the next Mars mission (2,000+ miles away) nearly three years later.

While the book is a bit nerdy with science, math, physics, and chemistry thrown in, it’s a great story for bootstrappers when all odds are stacked against you. Here are my takeaways with massive spoiler alerts. You’ve been warned!

“If you want to play it safe all the time, go join an insurance company.”

Shortly after Mark Watney fixes his wounds and patches himself up, he does a quick calculation on what could go wrong and cause him to die. If the oxygenator breaks down, he’ll run out of air and suffocate. If the water relcaimer breaks, he’ll die of thirst. If the Hab breaches, the loss of pressure will cause him to explode. And if none of that happens, he’ll eventually run out of food and starve to death.

The odds are stacked against him, but he understands what he signed up for. Like bootstrapping a business, you’ve signed up to do something that isn’t provided in a standard life script or path in society.

“My asshole is doing as much to keep me alive as my brain.”

As Watney decides that he’s not giving up and wants to stay alive, he quickly does an inventory of how much food and supplies he has left. The mission had enough food for six people, but since he’s alone it can be stretched out to over a year with some rationing. However, the next mission to Mars wouldn’t be there until 3-4 years later, so he’d starve to death way before then.

Being a botanist, he realzies that he can grow potatoes from the food NASA packed in order to stretch out his food supply. The challenge lies in finding fertilizer that will make the potatoes grow. Taking extreme measures, he goes through the waste bin and starts digging up turds to mix with the martian soil.

Lesson #2: Be resourceful and make the most out of what you’ve got.

“It’s awesome to have a bunch of dipshits on Earth telling me, a botanist, how to grow plants.”

Once Watney reestablishes communication with NASA, they start micromanaging everything he does on Mars. From verifying his math on growing potatoes to maintenance of life-critical equipment, he grows impatient with people 40 million miles away giving advice when they don’t have their own lives on the line.

Much like the internet with everyone telling you what to do, there’s a ton of noise out there. In particular for folks that specialize within one area of marketing, they tend to become a hammer and see everything as a nail. In the end it’s up to you to make the decision, move forward, and test things to see what works for you.

Lesson #3: You don’t have to listen to all the advice you get.

“To NASA, equipment failure is terrifying. To me, it’s Tuesday.”

Shortly after NASA hatches a plan to extend Watney’s supplies by sending a probe, they decide to skip the safety checks after much debate since there’s no time left. If they spend another two weeks running tests, the window for delivery will be gone because of how Earth and Mars orbit.

As with Murphy’s law, what goes wrong will go wrong. Inside the supply cache, vibrations during launch cause some foods to liquify and slosh around, which threw the rocket off balance and eventually exploded. Meanwhile, Watney is back on Mars trying to figure out how to make water to grow potatoes by adding hydrogen to oxygen and almost blowing himself up in the process.

Lesson #4: Deal with the punches as they come along, it’s better than sitting around using perfection as an excuse.

“I tested the brackets by hitting them with rocks. This kind of sophistication is what we interplanetary scientists are known for.”

In order to get off the planet, Watney must drive 3,200 km across the Martian surface to get on board the Mars Ascent Vehicle (MAV) that will link up with his crew back in space. The NASA rovers are powered by solar panels, and Watney must bring extra ones on the side of the rover in order to recharge and have enough power to make it across.

He makes a bracket similar to how motorbikes carry surfboards, and proceeds to test the durability by throwing rocks at it. Unfortunately on Mars there is no third party agency that can verify the qualify of his work, so this rudimentary system will have to do.

“You just need to solve one problem after another till the end to survive and come home.”

Once Watney returns to earth in the movie, he’s teaching an upcoming class of astronauts on what to expect in space. He provides his simple blueprint of solving one problem at a time and not getting stuck inside the big picture and “what-ifs”.

First it was figuring out how to re-establish communications, then extend his food supply, then make water, then get to the next launch site, and finally link up with his crew in space. While any mistake resulted in death, he always focused on the task at hand and solved them one at a time.

The sharpest store owners I’ve seen have an ability to break big goals down into small tasks that they can accomplish on a day to day, week by week, and month by month basis. Compared with newer entrepreneurs that get pulled in multiple directions, you can see the vast difference in results after a year!

“Every human being has a basic instinct to help each other out. It might not seem that way sometimes, but it’s true.”

Shortly after NASA finds out that Watney is still alive, they withhold the information from the remaining Ares III crew so that they can focus on the return mission. The head of NASA refuses to let them circle back and rescue Watney because there’s a small chance of killing all six people compared to a high risk of losing just one person.

A big fight ensues with the flight team commander going rogue with a secret message to the crew about a slingshot plan to rescue Watney. The Ares III crew ends up forcing NASA’s hand by going off course and starting the rescue.

Sometimes it’s hard to ask for help and easier to just suffer in silence. I’m guilty of this myself and it’s relieving when you know there are people willing  talk through some problems or challenges you’re facing.

Lesson #7: Ask for help if you need it…you’d be surprised at the kind response from most folks.

Three Difficult Questions Every Entrepreneur Must Ask Themselves

How I Created A Product In China – Part 1 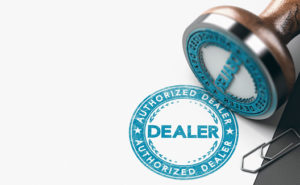 Authorized Dealer: What it is and how to become one