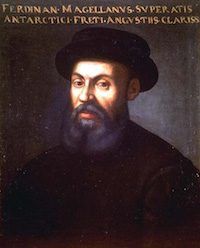 Ferdinand Magellan led the world’s first expedition to circumnavigate the world between 1519 and 1522 in an effort to find a trade route to the rich Spice Islands of Indonesia.

Over twenty years ago, Christopher Columbus also tried to reach Asia but instead established the existence of North America.

Trade routes via land were filled with middlemen, bandits, and inefficient forms of travel compared to sea.

Folks back then knew that the Earth was round and if you kept sailing West, you’d eventually end up in Asia. To make things more difficult, old Roman maps were outdated, inaccurate, and unusable.

Nobody knew what was standing in the way.

Magellan set sail on September 20th, 1519 in command of five ships and roughly 270 men. He sailed down the coast of West Africa and cut across to South America, trying to find a path that would allow him to go West.

Arriving on the shores of Brazil, Magellan realized that the country’s geography is actually much longer than expected. He continues sailing south before finally discovering the tip of the continent on October 21st, nearly one month later.

Being so close to Antarctica, there was unpredictable weather and sea ice to navigate for his crew. It took 38 days to cross the strait and only three ships survived the ordeal.

Magellan wept with joy at the sight of the ocean.

But little did he know that this new ocean was twice the size of the Atlantic. 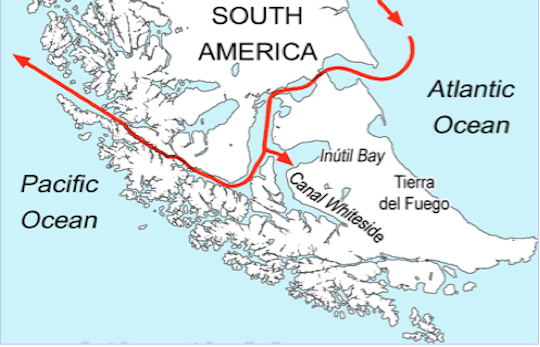 The Pacific Ocean was never recorded on previous maps and as Magellan sailed for five days straight with no land in sight, nobody had any idea how much longer it would take before reaching Asia.

Magellan would sail across the Pacific Ocean for over three months and as supplies dwindled down, his crew started chewing leather parts of their gear to survive.

Rats were used as food with leftover furs stitched together as clothing. The crew was holding on to a string when they finally hit Guam in Southeast Asia, where a slave on board recognized the Malay language the local folks were speaking.

Magellan would never make it back to Spain, dying from a poison arrow during battle in the Philippines with a local warlord.

Only one ship would make it back to Europe.

The Fallacy Of Maps

Maps have visual representations through symbols that highlight relationships between objects, regions, and themes.

They act as a way for people to navigate the unknown.

Our brains are naturally wired to seek certainty and avoid uncertainty, powered by the amygdale (lizard brain) that is triggered by fear and threat.

They’re obsessed with decoding what happened, how it went down, and finding the map on how to get there.

Was it hard work?

Or a concoction of everything?

After all, if you’re looking at the end result now and reverse engineer a map, everything should go according to plan if someone else takes the same steps, right?

This leads into the narrative fallacy (Part 1) that Dan at Tropical MBA recently talked about at a roundtable podcasting session. For those that missed it:

The narrative fallacy addresses our limited ability to look at sequences of facts without weaving an explanation into them, or, equivalently, forcing a logical link, an arrow of relationship upon them.

They make them all the more easily remembered; they help them make more sense. Where this propensity can go wrong is when it increases our impression of understanding.

Maps can tell you where to go but everyone’s journey will be different. I advocate using a compass instead of a map, and here’s why: 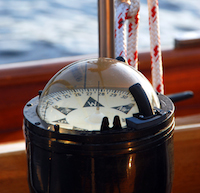 Chances are you’ve read the 4HWW by Tim Ferriss.

In the book, he advocates micro-testing business ideas using Google Adwords, landing pages, and email opt-ins to test the market for selling an information product.

Since 2007, CPC costs for Adwords have risen dramatically and the eBook market has become quite saturated.

The tools and technology available now are also vastly different from what he outlined in the book.

Crowdfunding platforms like Kickstarter and Indiegogo weren’t available back then either. Just like in real-life – roads, cities, and countries change over time.

However, the approach to testing and validating ideas still holds true, whether that’s talking to customers, picking up the phone, and putting yourself out there.

Maps will be outdated, but a compass will still point you in the right direction (or wrong one).

2. Maps to success are singular.

There are plenty of successful people in every field of life whether its in e-commerce, stand-up comedy, MMA, or writing.

You could read all the biographies, documentaries, and interviews trying to map out a clear path to their level of success.

But it’ll be futile because the circumstances back then, right now, and a year later will be completely different.

A woman that relied on welfare growing up in the 60s and dug herself out of poverty is a situation I’ll never be able to comprehend, just like a college graduate that went broke at 27 sleeping on floors and went on to become one of the biggest business icons in modern history.

Since you can’t replicate those exact situations into your own life, you’ll need something that can be internalized – a mindset compass that points you in the right direction.

3. Maps are not scalable, thought processes are.

Instead of finding out how someone achieved a level of success, get into his or her mind and figure out why they did the things they did.

As James Schramko coined on Think Act Get – what you think determines how you act, which determines what you get.

When you internalize mindsets and thought processes into your compass, the map will no longer be needed.

My friend Jon Myers who’s a designer and entrepreneur for twenty years has great attention to detail and an ability to frame concepts in a unique way.

On the other hand, he complains endlessly about poorly designed websites, mobile apps, and graphics due to his high level of expertise.

I choose to focus on the former than the latter, and although I’m not a designer by trade, I can internalize the way he approaches things that will give me a new perspective on doing things in a better way.

1. Be Curious and Listen

Curiosity is something we all have as children, but it’s been beaten out of us by society.

Developing a strong level of empathy is highly correlated with being curious.

Being curious also demands a level of courage, taking conversations into new and different directions from the norm.

Instead of having superficial chats about the weather, dive deep and try to understand the world inside someone’s head.

Ask why, and listen – really try to listen.

It’s ridiculous how many people cannot stay present in a conversation these days whether it’s with friends, family, or significant others.

Books are a great way to have conversations with people from the past.

While not every book is applicable, they will give you insight to the compass of role models throughout history up to thousands of years ago.

As John Wooden said, “In five years form now, you’ll be the same person except for the people you’ve met and the books you’ve read.”

Curiosity expands when you’re exposed to people outside your usual social circle.

On the Internet, it’s easy to believe that the world revolves around SEO, email marketing, and blogs.

The truth is, your average Joe has no idea about any of this stuff.

In business, people talk about product-market fit, idea validation, and paying customers. This process can take a few days, weeks, or months depending on the complexity of your idea and execution process. 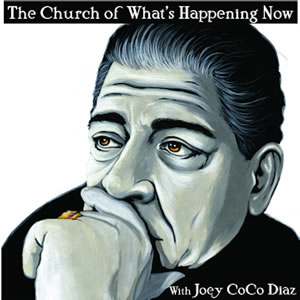 But for standup comedians the feedback is instant.

When you create new jokes, test them on stage, and hear how the audience responds, what comes back is instant feedback that comedians integrate into their product.

Hearing comedians go through this feedback loop and iteration process is something any entrepreneur can also internalize into their own compass.

In addition, the mindset and strategies of interacting with a live audience, bantering, dealing with hecklers, and bombing on stage can be applied to customer relationships.

So What Does This Mean?

Ferdinand Magellen never had a map to circumnavigate the world with exact routes, symbols, and legends. Along the way, he took calculated risks and iterated as he went along.

Books, podcasts, and blogs can act as routes, symbols, and legends on the entrepreneurial journey. But in the end it’s up to you to take the compass and decide which direction to sail, because your map is still unwritten.

And if you want to check out a great story on Ferdinand Magellan, check out Dan Carlin’s Globalization Unto Death. 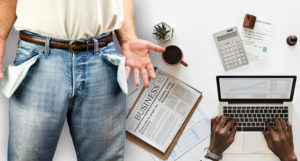 How to Start a Business With No Money

4 Shows (Besides Mine) That Will Help Grow Your eCommerce Businesss