Nowadays, it is commonplace for people to secure goods, products, and services online. There are many notable platforms that facilitate this exchange. It is most commonly known as “online shopping”.

Another term for it though is electronic commerce or ecommerce. Simply put, it is the purchasing of products or services over the internet, with a transfer of money to push the transaction forward. It can also mean any commercial transaction that is done online.

Ecommerce is currently a popular and rising practice. It shows no signs of slowing down. However, there are many things that people don’t know about ecommerce. In this article, we’ll discuss a few things that will allow people to understand ecommerce fully.

We hope that the information we provide can help you form a better understanding of ecommerce and either practice or use it better.

The State of Ecommerce

A report by Gary Hoover shows that companies that started ecommerce in the year 2000 have progressed immensely. In a span of 14 years, ecommerce sales within certain companies have significantly increased. Some companies’ growth have even exceeded a 1,000% growth rate.

This is true for any type of product being sold. Whether it be books, magazines, clothing, computer hardware and software, food, health items, and more, the growth is evident across the board.

It is estimated that by the year 2022, growth projections are estimated to exceed upwards of $630 billion. And this is in the United States alone. Retail sales as a whole may exceed $4 trillion by 2020. 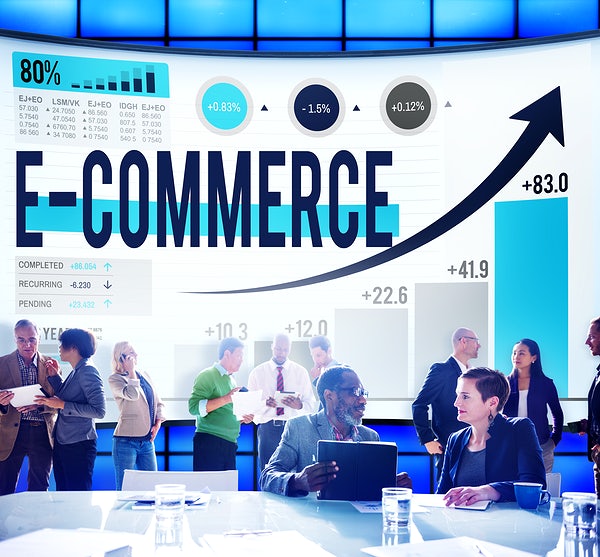 The truth is that it has never been easier to create a business online. For one, there are a number of platforms that already allow for people to easily create their online businesses. These include Amazon, Shopee, Lazada, and Shopify just to name a few.

The cost for creating an online business is now quite low. In addition, the internet has allowed for a wider audience to be catered to. This reach also allows for people to reach and talk to experts to gain more knowledge and improve their service.

Furthermore, the communication also extends to the customers. This allows for online businesses to extract valuable information like preferences and feedback. It also allows for the building of a community.

Similarly, it has also made the searching and purchasing of goods as easy as a click of a button.

By 2021, the number of online shoppers will exceed 2 billion throughout the whole world. A report by BigCommerce analyzed the spending of these consumers. It showed that consumers utilize more than 30% of their budgets for online shopping.

It may be accurate to say that ecommerce is the present and the future. 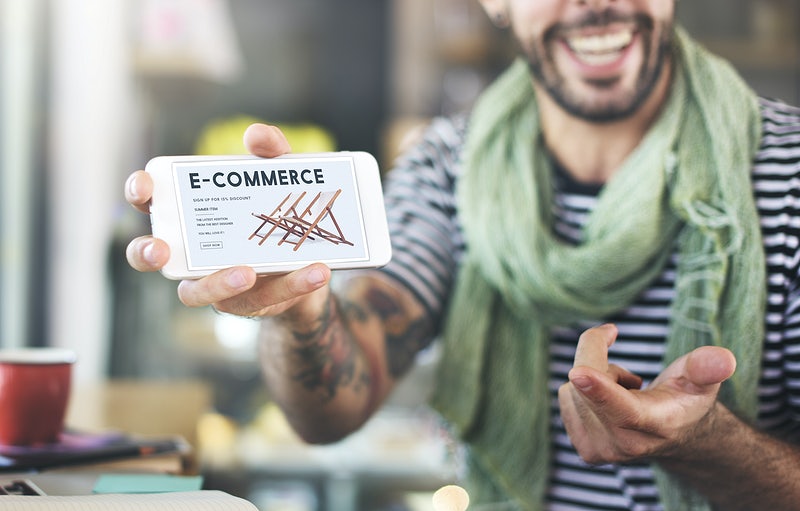 There are several ecommerce models that online businesses can be grouped into. Let’s take a look at several of them. Most of these models are sort of self-explanatory. However, we’ll do our best to add examples in order to allow you to visualize it more.

The first model is business to consumer. As the name suggests, it is when certain businesses offer products or services to customers online.

Let’s take Adidas as an example. They currently have their own websites right now that offer their shoes and apparel. Customers then head to their website to purchase these items straight from the source. This is an example of the B2C model.

Next up, we have business to business. The biggest difference here is that the transactions take place between two businesses. This model does not face the clients or buyers directly. Instead, they position themselves as a provider of an item or service that other businesses need to operate.

One example would be Flexfire LED. They are an online store that sells all interior and exterior lighting items that are frequented by design and construction companies.

Those that fall into the B2B business model usually offer raw materials or items that are reused to another service for a customer.

The consumer to consumer model is probably the most famous and widely used model these days. Using platforms such as eBay, Amazon, and Shopee, customers can put up their own products or services for sale to other customers.

This turns the traditional B2C model on its head. The consumer to business model is when consumers prepare a product or service that businesses can use.

The best example here is Shutterstock. Shutterstock is a website that photographers from around the world submit their photos to. The immense library can then be subscribed to by different businesses. Once they have done that, they can use these images for any of their projects. 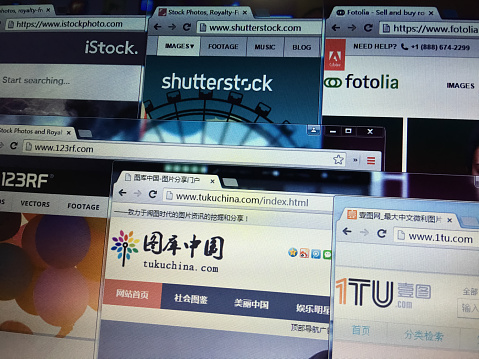 As the name suggests, this model is when businesses create and provide goods and services to various government administrations.

There are many examples of this model in action. These are usually for legal documentations, social security, employment software, and more.

Much like B2A, this model is the consumers offering the goods and services.

People who use this model usually offer a good or service that will increase the efficiency of work within the government administration it is catering to.

The History of Ecommerce

If we want to get technical, ecommerce began way back in 1960. While there were no online platforms yet – heck, the internet hasn’t even been invented yet – the foundation of ecommerce was created then.

Back in 1960, the Electronic Data Interchange (EDI) was developed. This replaced the traditional ways of sending over information such as by mail and faxing documents. Instead, it moved towards the digital sending of data between computers.

Business transactions could now be sent as a specific data format. The EDI system allowed for these transactions to take place without the need for humans to facilitate anything.

The Mall of the Future 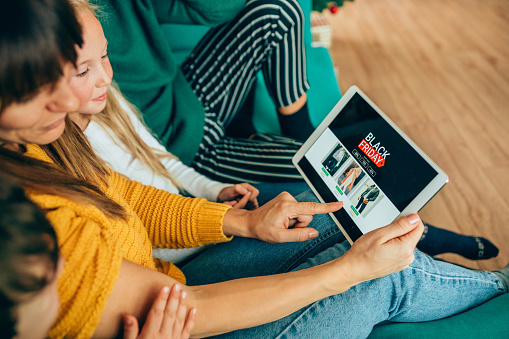 The year is 1984. At the time, computers were mostly being used by researchers in universities. They used the BITNET and USENET networks to send data back and forth.

However, for the lucky few who had computers at home, CompuServe – a major service provider of message boards and chat rooms to name a few – introduced something that was way ahead of its time.

Unfortunately, it was not as successful as one would come to expect. However, it planted the seeds of something that is commonplace in today’s society.

The biggest hurdle of the Electronic Mall was the public ban on using the internet commercially. Now, everyone could have access to it.

Before we move forward, let’s take a detour and look at an interesting footnote in the history of ecommerce. This footnote is the first ever C2C ecommerce transaction to ever take place.

In 1994, the New York Times wrote about an interesting transaction between two friends. The transaction took place online. The historic online purchase was for a CD by Sting. It took place on one of the users’ website called NetMarket, designed as a retail platform in the United States.

The transaction isn’t the only thing historic and important about this moment. It was also the fact that the transaction took place with their data securely encrypted for the guarding of their privacy. A precursor of things to come.

The internet was, and for the most part still is, a game changer. Ecommerce took a huge step forward in 1995 in the form of Amazon. They opened primarily as an online platform that sold books.

In just a month’s time, they were able to deliver to 50 states and more than 40 countries across the globe.

Now, we know Amazon as a titan in the ecommerce industry. Their platform now sells everything, from books to clothes, and most anything that people want to purchase.

Historically, they were the first platform to integrate important ecommerce features. These include things like user reviews and a rating metric for certain products.

Amazon may have been the first successful ecommerce platform, but it wasn’t the last. Others came to follow like eBay, Etsy, and in Asia sites like Shopee and Lazada.

If we are talking about ecommerce, we also need to talk about the financial aspect of it all. Enter PayPal. They started in 1998 and revolutionized the payment system online. It is currently being used in more than 200 markets by allowing people to send, receive, and store funds.

Another important factor was data security. Early in the 2000s, when online shopping was just starting to take off, a few people saw that people’s data could be in jeopardy. Thus, in 2004, the Payment Card Industry Security Standards Council (PCI) was formed.

This group ensured that all companies were complying with the necessary security requirements to keep data safe. 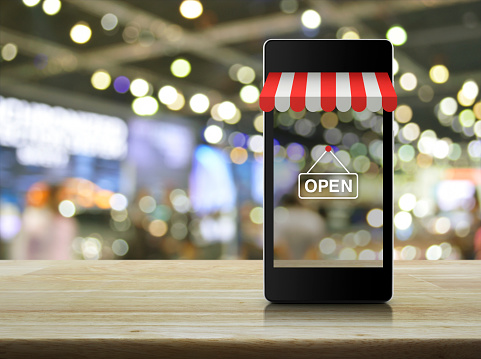 Finally, we must mention one more factor that has revolutionized the ecommerce experience. For this factor, we must look back to Amazon where it began. The first successful ecommerce platform never stopped improving.

That is why in 2001, they introduced the first ever mobile ecommerce site. It was specifically designed for mobile phones. As the years went by, this experience improved drastically. Nowadays, it is the primary way for people to browse and purchase products.

If all of these things have taught us anything, it is that the ecommerce industry will continue to grow. And we can’t wait to see what new developments will change the game once again.

Want to read more? Check out our other articles!

How I Created A Product In China – Part 3